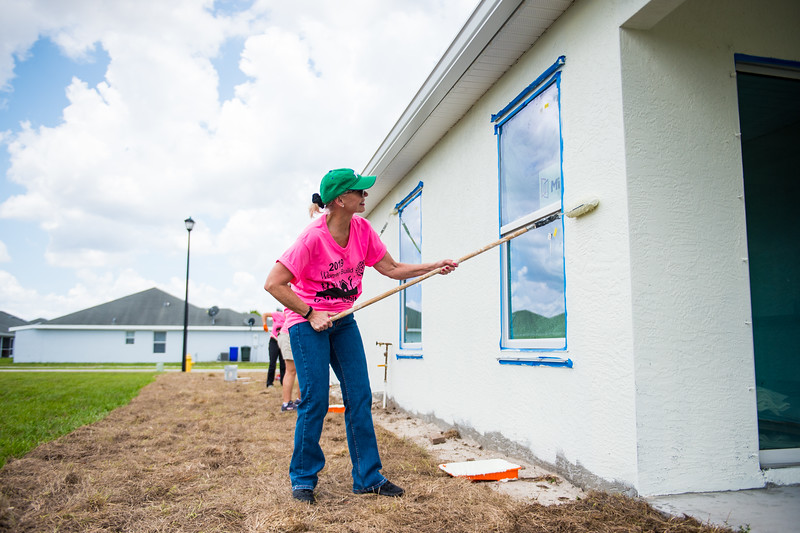 During May 2019, Edison National Bankers in Lee County joined Habitat for Humanity’s nationwide effort to create affordable housing for families in need.

Women Build is a national initiative to engage women in the effort to provide safe and decent homes for families in need of affordable housing. By recruiting, educating and inspiring women to build, they can transform lives in their communities. Since 2011, Women Build in Lee and Hendry Counties has partnered with 18 families to build strength and stability for 41 children and their parents through local fundraising and volunteer efforts.

Bank President Robbie Roepstorff, in her capacity as Vice Chair of the Board of Trustees for Florida Gulf Coast University, joined in at a separate Women Build site. Pictured above in a pink team t-shirt, Roepstorff was part of the painting crew.

In addition to President Roepstorff’s participation, Edison National Bank’s “yellow team” worked at a second home site. They were represented there by Marketing Coordinator Katie Shea, Vice President, Lending Liz Aurensan and Concierges Janice Tingle and Susan Schulte, to name a few. Several staffers had family members join them in their day of giving.

“Habitat’s Women Build is definitely one of those events where you get more than you give,” said Roepstorff. “It is an indescribable honor to help neighbors in need get ahead in life thanks to a safe and well-built place they can now call home. Hooray for Habitat for Humanity!” 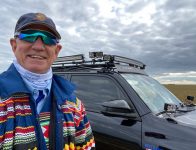 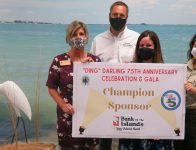 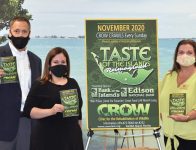 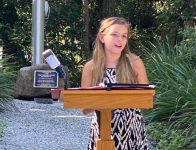