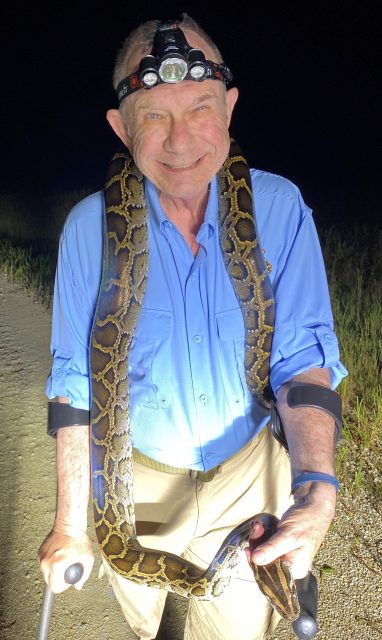 “This group of environmentally sensitive friends is not only removing dangerous exotic species under our District python removal program,” said SFWMD Project Manager Mike Kirkland. “They’re also helping us get the word out about how significant the python threat has become for the Everglades.”

The invasive Burmese Python has now officially become the apex predator in the Everglades, a position previously held by native Florida Alligators within that ecosystem.

“Seven was my lucky number,” said Uhler. “I have enjoyed hunting pythons with my friends, doing our best to remove these dangerous invasive snakes from the fragile Everglades ecosystem,” said Uhler. “We were about 10 hours into the hunt and at approximately 3:15am I spotted this python out in the water. We were able to grab the python in the water as it was trying to get away. At just over 8 feet it was slightly under the 9-foot average for pythons found in the Everglades. As it turns out, it was number 3,221 for the SFWMD team of hunters in Governor DeSantis’ terrific environmental program.”

“Governor DeSantis has been a great supporter of the Everglades, both in water quality and invasive species issues,” said Goss. “District python hunters are a highly experienced group. Their success in taking pythons out of the Everglades is unprecedented. They’re making a real impact for the native species threatened in their Everglades habitat by these predator pythons.” 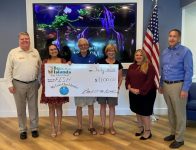