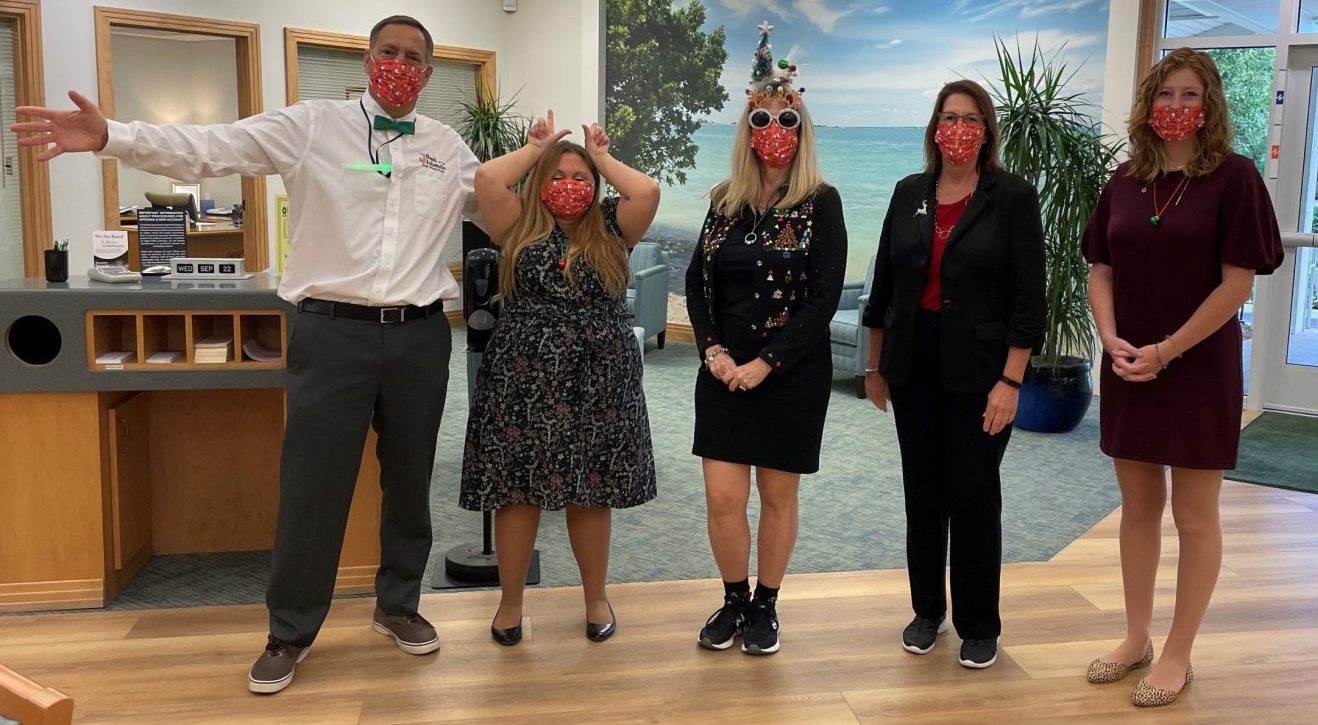 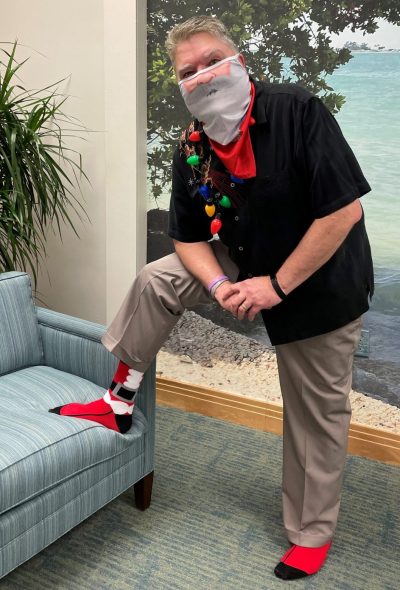 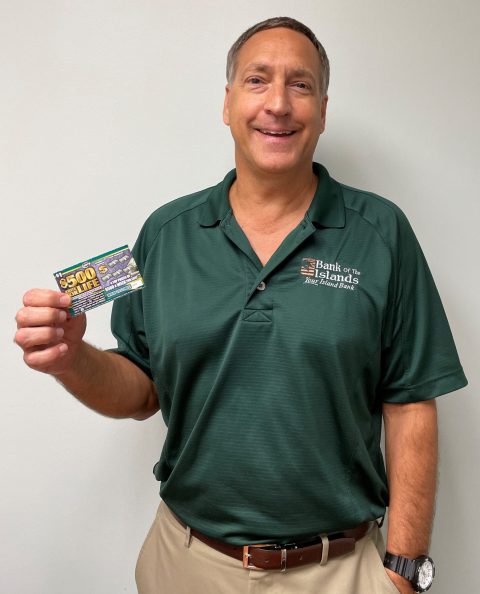 Do You Have an Optimistic Workplace?

The staff at Bank of the Islands sure feel they do. In the dog days of summer, Bank of the Islands CEO Geoff Roepstorff had an idea. He knew the COVID-19 restrictions put in place for the safety of the Bank’s customers and employees were taking a toll on the staff. His team of bankers missed the camaraderie of being with each other and their customers before the days of masks and plexiglass dividers.

That gave him an idea. He launched Awesome August, during which office protocols were changed to make things a little more fun. An example included sneakers and comfortable flat footwear for the staff on Fridays.

He challenged Bank President Robbie Roepstorff to take on activities for the next month, and Santa in September was born.

“There was something new and fun to surprise the staff with every week,” said Roepstorff of the program that took place in all four offices of Edison National Bank/Bank of the Islands. “Gifts of ornaments, poems, Christmas-related emojis, mini-stockings stuffed with sweet treats and cash, even a holiday pizza party. The highlight had to be the Christmas Couture Contest. Richard Shera’s costume – from his red socks to his Santa mask – made him the clear winner on Sanibel!”

Now in its third month, the employee morale program is in full swing with the start of Optimistic October.

“I came into work to find a lottery ticket on my desk,” said David Lowden, Vice President – Private Client Relations. “I haven’t checked to see if I’m a winner yet, but I am indeed feeling very OPTIMISTIC!”

Bank of the Islands, a name synonymous with island community banking since 1974, is located at 1699 Periwinkle Way, at the corner of Casa Ybel Road, on Sanibel. The Captiva office is at 14812 Captiva Drive, next to the Captiva Post Office. As the oldest locally owned and managed community bank on the islands, Bank of the Islands is proud to be the winner of 50 “Best of the Islands” awards since 1999, including being chosen the Best Island Bank for 23 years straight.