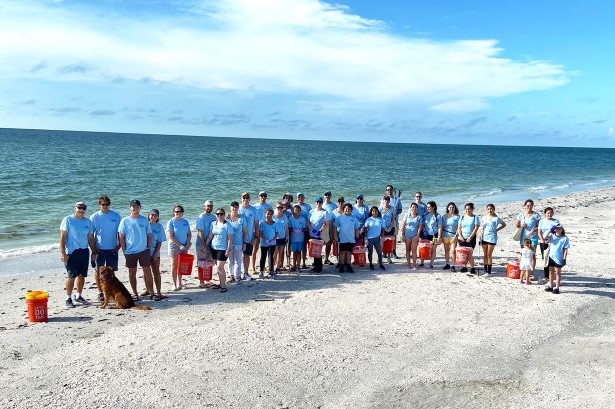 The Bank of the Islands Coastal Cleanup team of 35. 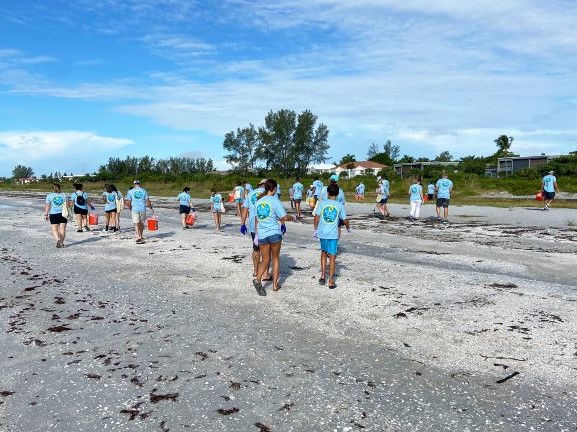 The Bank team hit the beach in their blue volunteer t-shirts. 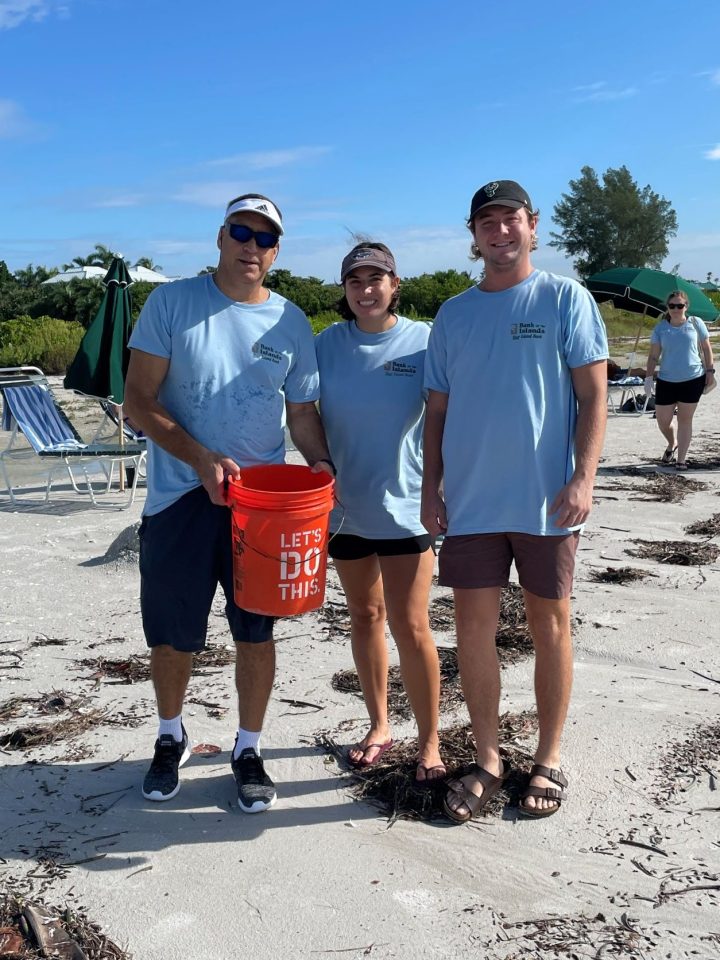 The bank’s team of 35 – 12 employees and 23 family members and friends – was part of a Cleanup force of more than 1,000 volunteers across Lee County who contributed their time to pick up trash and collect data. The Cleanup organizers at SCCF’s Coastal Watch and Keep Lee County Beautiful forward the collected date to Ocean Conservancy, where it will be analyzed and may have an impact on future environmental public policy.

“We are so grateful to the Edison National Bank/Bank of the Islands team,” said SCCF Coastal Watch Coordinator Keely McNeal. “I know how seriously bankers like David Lowden care about the environmental stewardship that defines Southwest Florida. This is not a once-a-year occurrence for them. In fact, David has invited us to join his volunteer Rotary team as they undertake monthly cleanups along McGregor Boulevard leading towards the Sanibel causeway tollbooth. I also want to recognize and thank banker Susan Schulte for coordinating the bank’s Coastal Cleanup team for the first time this year.”

The local Coastal Cleanup efforts are coordinated in partnership by SCCF and Keep Lee County Beautiful as part of the Ocean Conservancy’s International Coastal Cleanup, the largest volunteer effort of its kind. According to the Ocean Conservancy’s worldwide data, 17 million volunteers have cleaned 350,000 miles of shoreline collecting more than 348 million pounds of trash in the more than 35 years of this international effort.

Celebrating the 25th anniversary of our founding in 1997, Edison National Bank/Bank of the Islands is the oldest locally owned and managed community bank in Lee County. With offices in Fort Myers, Sanibel, and Captiva, the bank is strongly rooted in the community and actively supports civic and charitable causes through both donations and volunteerism. As the oldest locally owned and managed community bank on Sanibel and Captiva, Bank of the Islands is proud to be the winner of more than 50 “Best of the Islands” awards over two decades. 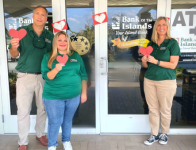 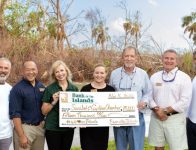